SPiCE VC did something no one has ever done before and we may have a new Unicorn soon! 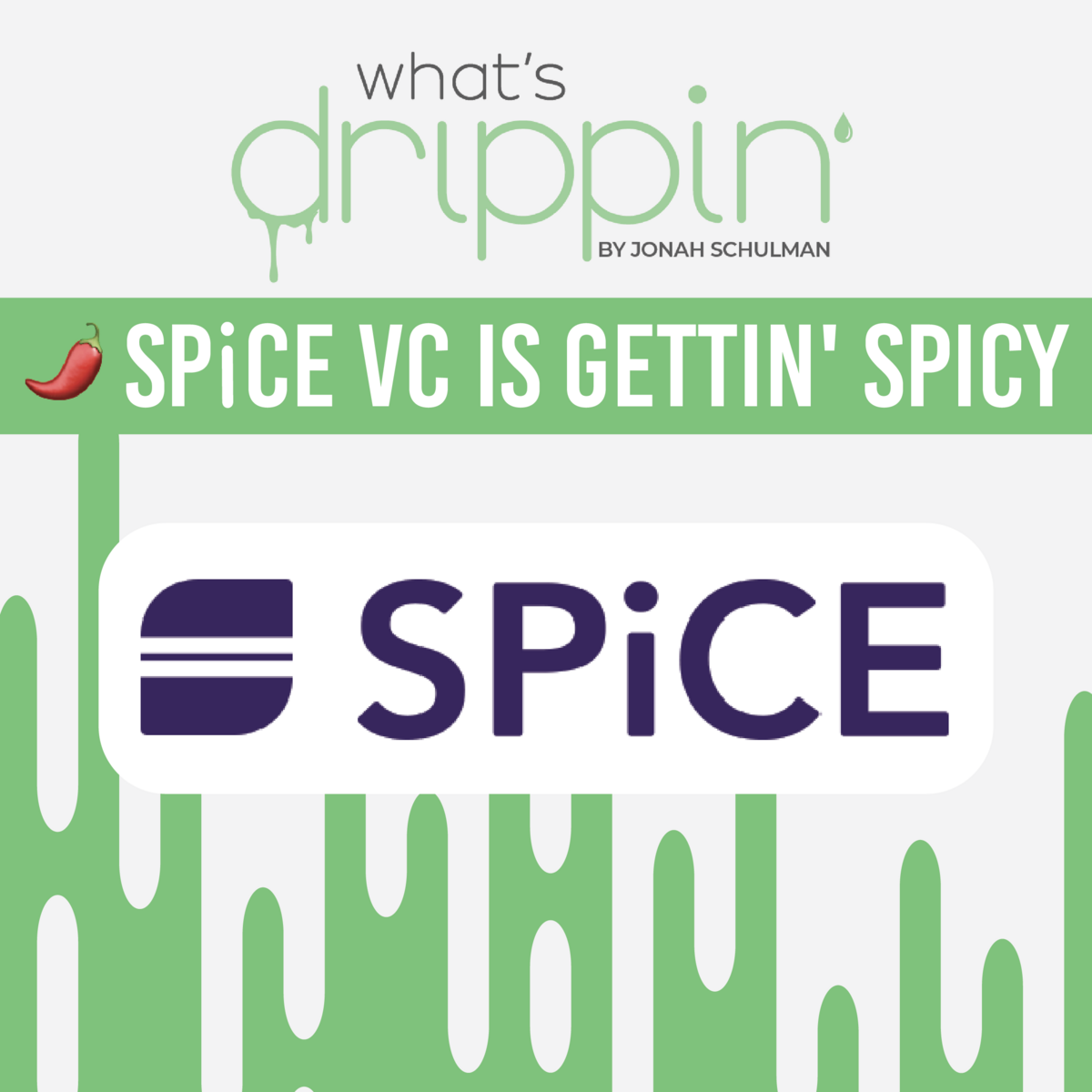 Welcome to the 33 new Rainmakers who have joined us since last week. Join the 2,555 others who are laughing, learning, and staying at the forefront of tech every week!

1️⃣  🌶 SPiCE VC is gettin' spicy: SPiCE VC became the first tokenized VC firm ever to successfully distribute an investor payout to its LPs, but how and why did they burn tokens after the exit?

2️⃣  🦄 Another Unicorn has entered the chat: Ava Labs looks to become the next crypto Unicorn!

Founded in 2017, SPiCE VC was the first tokenized VC firm to go to market and just last week did something that no VC firm has ever done before.

Before I tell you what they did, let's look at some of the successes the team and token have had.

For starters, the SPiCE token appreciated by 350% in 2021, which was the top-performing tokenized fund (Sourced via STOmarket.com).

The SPiCE VC team also spun off a company called Securitize (heard of them?), after they mastered how to compliantly issue security tokens.

I think it's safe to say the SPiCE VC and Securitize teams know a thing or two about compliant tokenization.

Okay, now it's time to let you in on the monumental feat that happened last week.

After a successful exit of their investment in OTOY, SPiCE VC became the first tokenized VC firm ever to successfully distribute an investor payout to its LPs!

Not that kind of exit, more of one a little bit like this:

If I were an investor in this fund, I'd be pretty happy!

I mean, in the traditional VC world - you could have to wait 10-15 years before receiving any sort of liquidity.

In the tokenized VC world - you have the opportunity to not only trade your position on a secondary market, but still have rights to distributions upon exits.

Via the successful exit - the ~400 LPs in the SPiCE VC fund received distributions in either USDC or fiat (up to the investors' discretion).

I had the pleasure to speak with Tal Elyashiv, the Co-founder and Managing Partner of SPiCE VC, who helped shed some light on the intricacies of this process.

Let's get basic on NAV:

NAV (net asset value) per security is calculated like this:

It tells us what the value of the fund is per security at any point in time.

Now that you are a NAV expert, you would realize that the value of the trading token in relation to the fund makes things very interesting.

That brings me to my next point: "What happens to the NAV when there's an exit?"

Well, since there was an exit, all exit proceeds would be distributed to LPs, therefore, decreasing the NAV.

But, because this token is live-trading, it doesn't look great optically.

Logically speaking, because the fund had an exit - it shows signs of a succeeding fund and the token price should rise.

The SPiCE VC team had to think out of the box to alleviate this concern.

They decided to buy back shares and burn them, which reduced the supply and increased the price back to the initial NAV.

Here's a graphic directly sourced from the team that may help:

Congratulations to the SPiCE VC team on this incredible accomplishment.

🦄 Another Unicorn has entered the chat

Ava Labs, the lead developer of the Avalanche (AVAX) blockchain, reportedly is set to raise a whopping $350M round at a $5.25B valuation!

I'm especially happy about this announcement because Ava Labs has been heavily focused on building out the security token space.

Not too long ago, BridgeTower Capital announced they were teaming up with Securitize and Chainlink to expand Offerings in staking, DeFi, and permissioned markets on Avalanche!

This tells me this partnership will enable collateralized loans and lending with security tokens, which is something I am super excited about!

On top of that, more and more issuers are beginning to look to Avalanche as a protocol of choice for their security token issuance.

Two that come to mind are Apothio and ReTok Finance:

Apothio focuses on litigation and had a successful fundraising campaign - surpassing their goal by 40%!

Life moves pretty fast. If you don't stop and look around once in a while, you could miss the Avalanche that's coming fast!

Keep an eye out for more tokenized securities leveraging the Avalanche blockchain!