Republic invented a new acronym and please welcome XY Labs to the party! 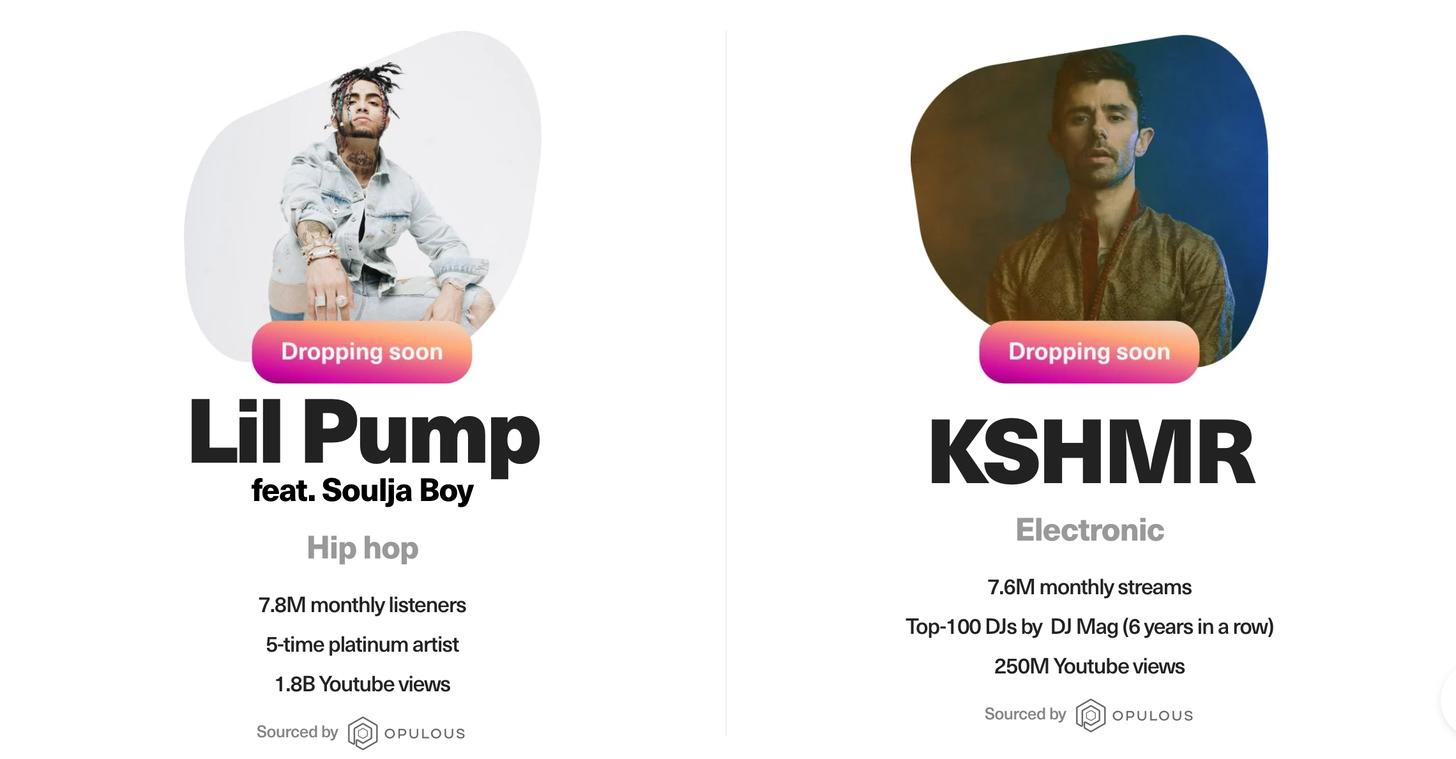 After week 1 of the Test The Waters Campaign, Security Token Market has received almost $2M in pledges from 300+ investors around the world!

This has been in the works for the past 3 years and I couldn't be more proud and grateful to be a part of it!

1️⃣  Republic invented a new acronym: Republic has now coined the acronym, S-NFT, which combines security tokens and NFTs! How do fungibility and non-fungibility go together?

The first two artists that will be partaking are Lil Pump & one of the top DJs in the world, KSHMR!

Yeah… um… I am not exactly sure how the heck this is even possible.

Firstly, in general, shares in any security are fungible and NFTs are innately non-fungible.

“Jonah, lol wait, what is fungible and non-fungible?"

Fungibility is the ability to replace or be replaced by another identical item; mutually interchangeable.

For example: All shares of Apple are identical, which allows thousands if not millions of people to own the same asset at the same time.

Non-fungibility is a unique and non-interchangeable unit.

For example: Collectibles like baseball cards, paintings, and even homes… or in today's world, digital art like Cryptopunks.

Now that you know the differences, you may be asking yourself, “How is it possible to offer shares in something that is fungible and non-fungible at the same time?”

The main thing that I am trying to figure out is how it is possible to have multiple owners of something that is non-fungible.

My initial thought is they are trying to appeal to the masses by calling them Security-NFTs because the vast majority of people are more familiar with NFTs rather than security tokens.

It looks to me they might be fractionalizing ownership in the NFT, but the issue with that is it not only becomes confusing but it also enters a regulatory grey area.

There isn't a ton of public information on this yet, but here is what I found in terms of the offerings:

Legal structure: They are doing a Regulation CF campaign, which allows you to raise up to $5M from retail investors.

This is just another reason that we NEED clarity now more than ever!

The industry is going to continue to get creative and bend the rules, until the rules are defined on what we can and can't do.

Althought this is super cool, the more acronyms we have, the more confusing the industry will be.

Either way, congrats to Republic & Opulous, the technology provider behind this deal, for this achievement and we hope to see these S-NFTs with secondary trading soon!

If tZERO didn't represent the majority of the secondary trading market already, they sure will now!

In just the past couple of weeks, they anounced two more assets that will trade on their platform by the end of the year or by early next.

XY Labs is a really interesting security token use-case because they are deciding to tokenize the shares of the already existing privately-owned shares.

According to the tZERO press release: “The goal of the partnership is to digitize XY Labs’ securities representing Class A common stock in the company…currently held by over 24,000 holders…”

That's the other side of security tokens and why this industry will explode faster than you might think!

Existing companies with existing shares can simply tokenize and directly list on a security token-powered marketplace like tZERO and commence trading immediately!

Because the capital raise already happened, there is no lock-up period, which allows the shares to freely trade!

When XY Labs commences trading, this could be a game-changer for secondary trading volume!

24,000 shareholders will now have the ability to sell their shares.

The question remains…how much demand is there from the public?

What else is Drippin’💦

Connect with us ☎️

• A person’s indication of interest includes no obligation or commitment of any kind.