🎖 A salute to a fallen comrade

The OSTKO security token will no longer be trading on tZERO or anywhere! 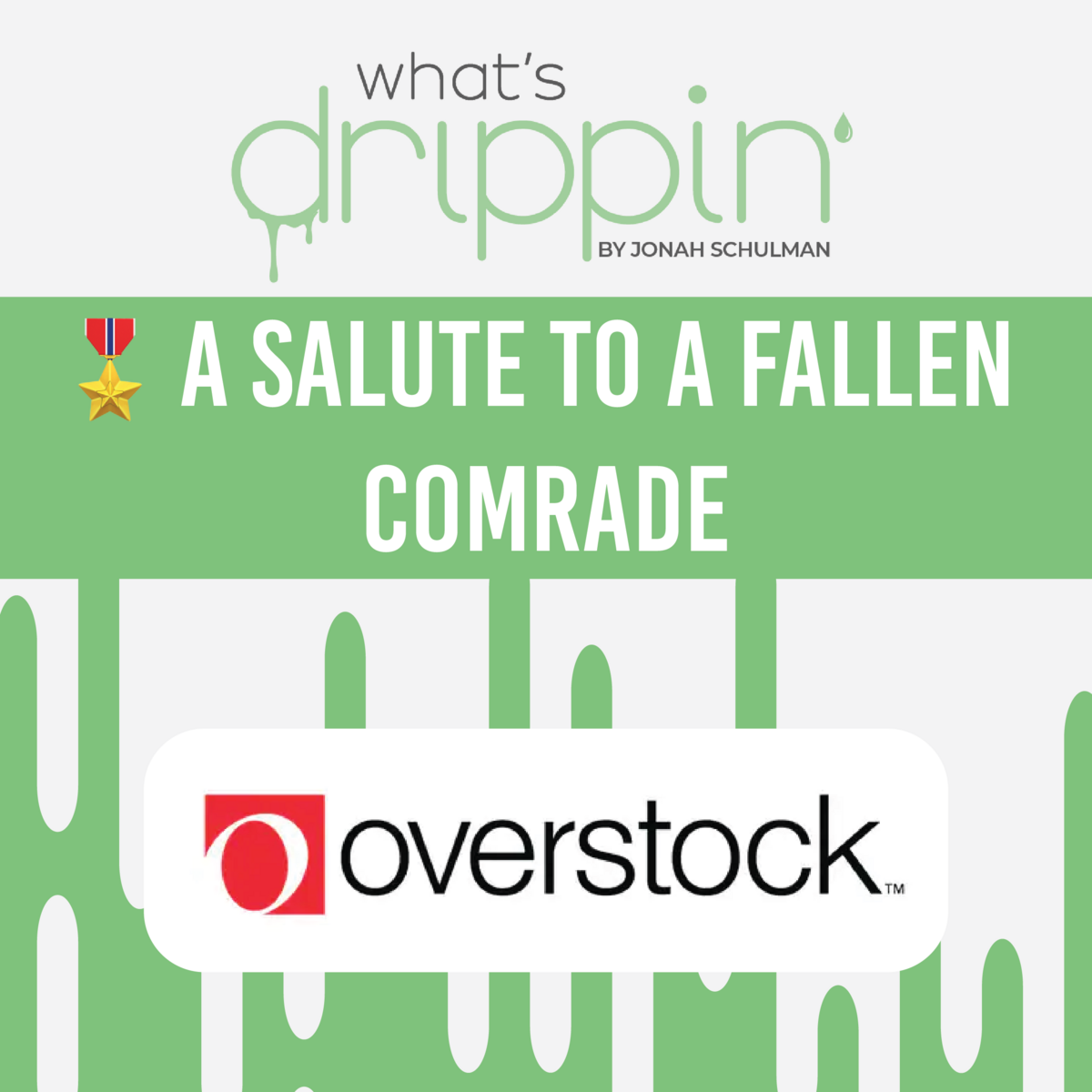 Welcome to the 24 new Rainmakers who have joined us since last week. Join the 2,667 others who are laughing, learning, and staying at the forefront of tech every week!

2️⃣  🎖 A salute to a fallen comrade: The Overstock security token will stop trading on tZERO on June 10th, but why?

When it comes to the secondary trading of security tokens here in the US, all the talk has been focused on INX, tZERO, and Securitize Markets.

And that's valid because they have the most activity when it comes to secondary trading of security tokens.

With less than 100 ATSs approved in the US and the secondary market just starting to take off, there's still ample market share to take.

The current ATSs better be on watch as Oasis Pro Markets is poised to capture major market share.

In fact, they just announced the closure of a whopping $27M Series A from a multitude of big hitters around the globe.

Some of the big hitters include:

All of these are super impressive, but it's the Redwood Trust investment that really gets me excited.

Redwood Trust is a publicly-traded equity on the NYSE under the ticker symbol RWT, and a leading resident MBS player in the world with billions of issuances each year!

The plan according to the CEO of Oasis, Pat LaVecchia, is to bring those issuances on-chain!

We had the pleasure to break the news of their Series A on our YouTube channel and discuss all the juicy details more in-depth.

I was pleasantly surprised to learn of the demand Oasis experienced when beginning its capital raise.

They initially planned to only raise $5M, but due to the strong demand, ended up closing the round at $27M, while still being oversubscribed!

Pat even hinted at a potential Series B coming later this year, but that's not set in stone as of now.

Either way, Oasis Pro Markets is a company I am personally and professionally excited to watch grow and bring more assets to the industry.

Congratulations to the team and we wish you all continued success!

🎖 A salute to a fallen comrade

It comes with a heavy heart to announce that the Overstock ($OSTKO) security token will stop trading on tZERO on June 10th of this year.

The Overstock security token has been trading since April 27th of 2020 and held the highest market cap for all traded security tokens for almost the entirety of its existence.

The decision came during the Overstock.com annual shareholder meeting with the majority of the vote to convert the OSTKO preferred Stock back into common stock.

CEO of Overstock, Jonathan Johnson, voiced the reasoning behind the decision:

“Going from three classes of stock to one will greatly simplify our capital structure going forward."

What's interesting is as of 05/13/22 at market close there's a $3.33 price discrepancy between OSTKO and OSTK.

That means if OSTKO stopped trading today, all the shares would be converted into the common stock, OSTK - an easy arbitrage profit!

It will be interesting to see if people pick up on this.

Although it's sad to see Overstock go, this security token is leaving a lasting legacy behind.

Let's take a trip down memory lane and look at all the beautiful things they did.

A couple of years ago, Overstock issued a security token dividend to its common stockholders, which was in the form of preferred equity in Overstock.

Essentially, if you held 10 shares of the publicly-traded stock, OSTK, you were entitled to 1 share of the security token version traded as OSTKO on the tZERO marketplace, which at the time was a subsidiary of Overstock.

There were two reasons they did this:

Both were deemed successful as the userbase grew exponentially and the price shot up, which can be attributed to the removal of the naked short interest.

Let's get basic on Naked Shorts

Naked shorting is the illegal practice of short-selling shares that do not exist.

So, when you issue a dividend, the number of outstanding shares is required to be counted; therefore, exposing the number of naked-short positions and forcing the positions to be covered, and shooting the price higher!

I guess the mentality here is there's nothing else that needs to be accomplished, so it's time to end the confusion and only have one share class.

Let's hope tZERO has more tokens in its repertoire because this will be a big hit to its market cap.

• A person’s indication of interest includes no obligation or commitment of any kind.