🏦 The inevitable is now here 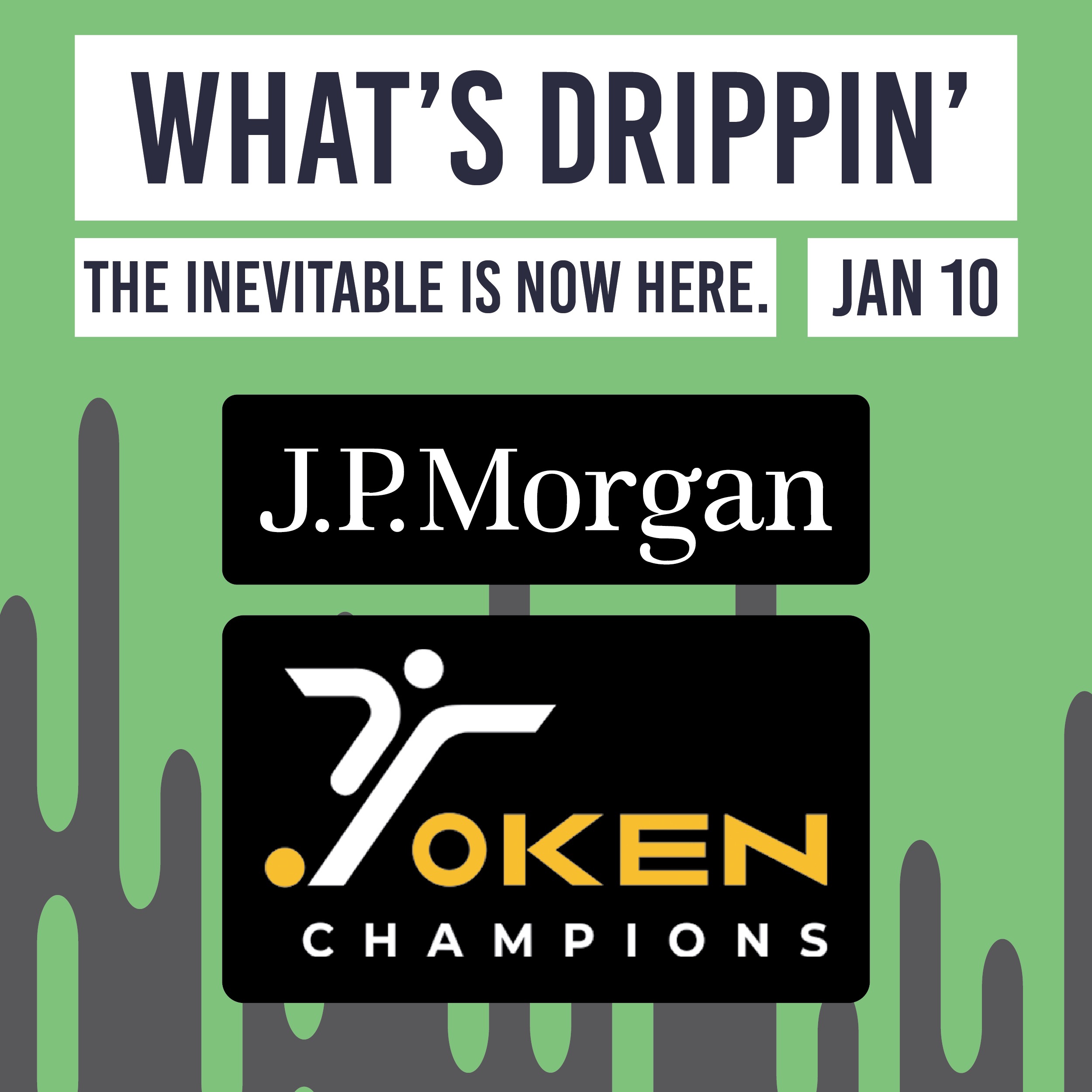 We have a new STO going live very soon on the CryptoSX marketplace!

The company is Dignity Gold and the security token is backed by United States-based gold reserves!

Did I mention the security token is backed by $6B+ in gold reserves?!

1️⃣ Gain exposure to soccer legends IP: Owning IP rights in Lionel Messi or Cristiano Ronaldo before they reached stardom is now possible thanks to a company called Tokenchampions!

What if I told you that you could invest in Lionel Messi or Cristiano Ronaldo's IP before they landed on major soccer clubs' radars.

If you did, you would be worth an absolute fortune!

To put this into perspective, Lionel Messi has raked in over $1B during his 21 years at FC Barcelona, including $875M in salary alone!

On top of that, Messi reportedly has over 136 trademarks, which is the most by any professional footballer.

It was also reported that when Messi left FC Barcelona this past year the clubs' value decreased by ~$150M, due to the value of his brand!

The point I am making is that footballers' IP is an extremely valuable and overlooked asset.

Thanks to Tokenchampions, this asset class is being democratized and allowing investors the opportunity to gain exposure to up-and-coming footballers!

How is this happening?

To start, they have Josep Maria Minguella's at the helm, who is one of the most prolific football agents of all time, hand-selecting the players in the portfolio!

His reputation speaks for itself, as Josep was directly involved in signing Maradona, Messi, and many other greats to FC Barcelona.

He even supposedly discovered Cristiano Ronaldo and Kylian Mbappe early on too!

Let's get basic on the Tokenchampions STO:

This security token offering is a first of its kind and also comes with the option for investors to sell on the secondary market (rare for private investments).

I was curious how the secondary liquidity would work, so I took a deep-dive!

Essentially, if you invested in Tokenchampion and want to sell, you can create an offer on the 'Billboard' for any qualified investors to view.

If you are a qualified investor who is interested in the offer, you can then connect offline to come to a mutually agreed-upon price.

You would then come back to 'Billboard' on Tokeny's platform, and swap right on the site!

Once the swap occurs, the cap table auto updates, and everyone goes on with their day.

Normally in private investment deals, the investor has to wait 5-10 years before getting their money back.

Investors have the ability to liquidate their investment at any point (assuming there is an available buyer/seller).

JP Morgan Chase, the largest bank in the U.S. and fifth in the world by AUM, just validated security tokens.

Kenneth Worthington and Reginald Smith, senior analysts at JP Morgan had this to say: "If 2021 was the year of the NFT, we see 2022 as possibly the year of the blockchain bridge…or the year of financial tokenization.”

According to their website, there are over 62 million households and 4 million small businesses that utilize JP Morgan.

We all know JPM is a powerhouse, but powerhouses only retain their power when they adapt and pivot. If they were smart, they would go all-in on security tokens to protect their dominant market share.

All we need is one domino to fall and it looks like JP Morgan may be one of the first to go.

The thing is... innovation for security tokens is here... it all comes down to regulatory clarity.

I believe the SEC is going to provide that clarity this year after cracking down on all the illegal crypto projects.

Once the SEC sets a precedent and releases clear guidelines for blockchain-based projects, it will be one of the main catalysts for security tokens to reach the mainstream.

Anyone who has been hesitant in tokenizing will now have the confidence to move forward without the fear or risk of doing anything illegal.

It's just a matter of time now.